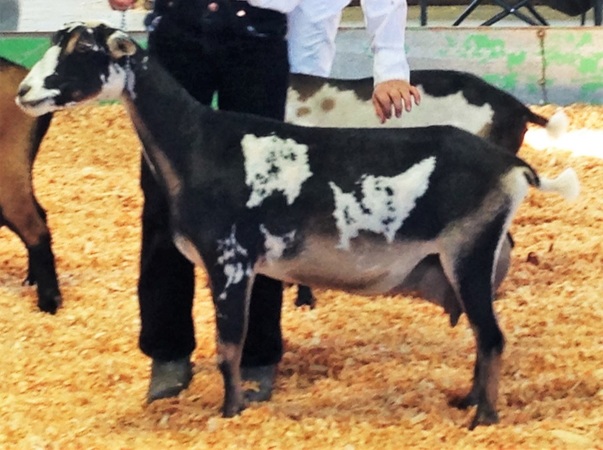 Callie freshened this summer with a single buck kid, and a beautiful udder.  She is a very correct doe that stands on strong feet and legs with lots of dairy strength.  She is milking very well even with having just a single kid this year.  She has also shown very well this summer placing in the top if not first in several very competitive yearling classes.  She won first place yearling and first place yearling udder this year at the Utah State fair standing in the lineup behind her dam Design.

Callie has my favorite udder of all the Nigerians.  She is a good producer and very correct.  She had a good summer in the ring placing in the top of every class and placing very well in the udder classes.  We hope that next spring she will kid with more than a single like she has the last two year.

Summer 2018 -
Cali decided to break in with the buck last summer and kidded in December with triplets.  Two bucks and one doe.  We are very happy with the doe kid and are retaining her.  Due to her kidding, in December we left the kids on her and unfortunately she decided to dry up a little earlier than we would have liked, so we are going to try to bring her back into milk, but if it doesn't work, we will give her the summer off from showing this year and hope for better luck next year.
​
NC Promisedland RC Odyssey*B
Sugar Moon O Sky Pilot *B
AGS Fairlea Flower Power 4*M 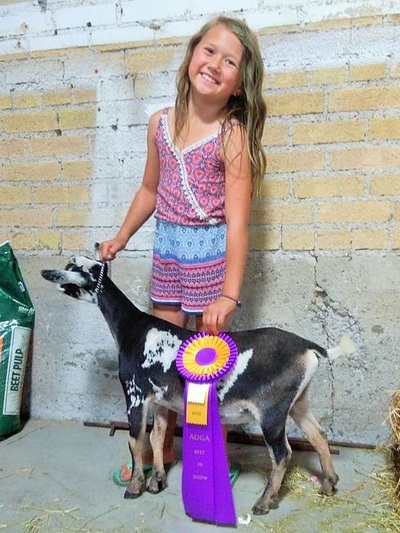 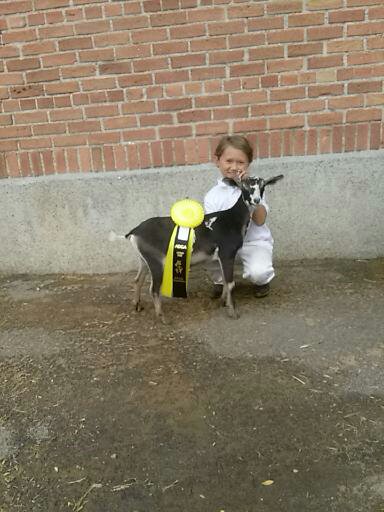 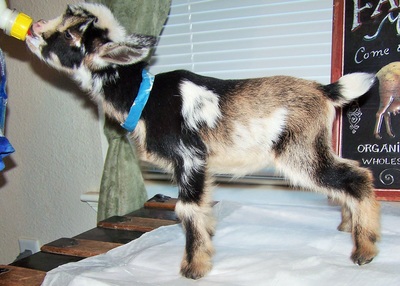 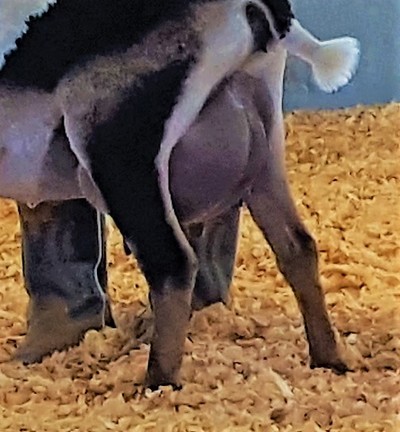