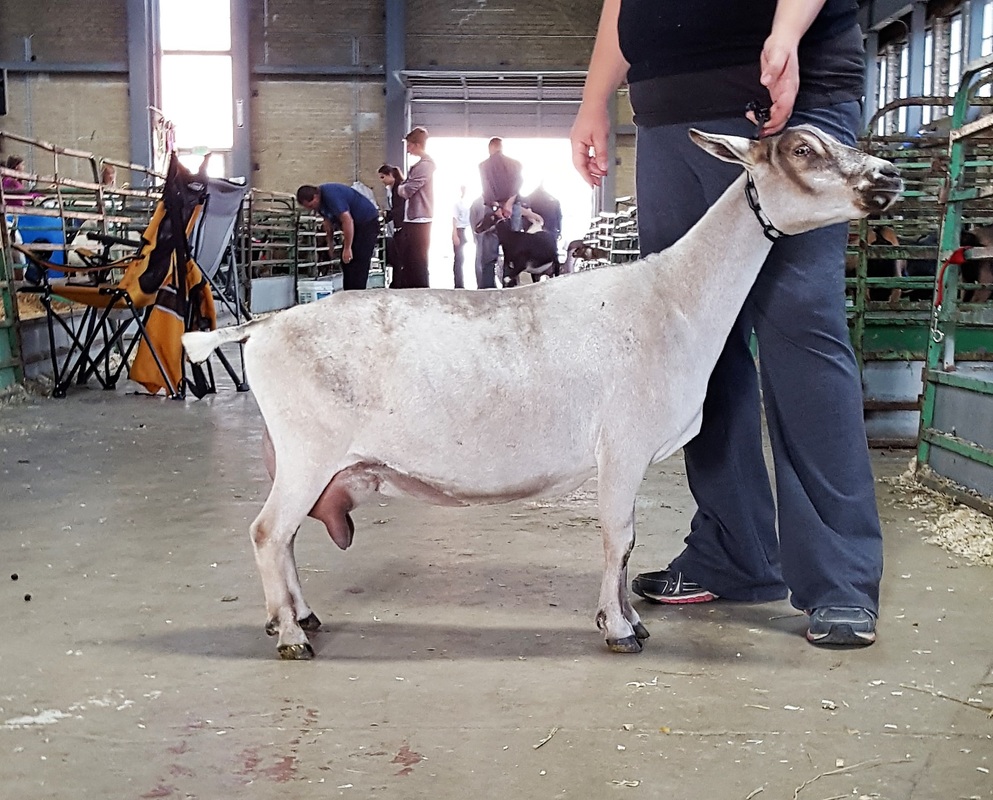 We are so excited to have these genetics in our herd.  Design was another purchase we made from the Blomquists.  Wow do we love her.  She has placed first or second in every ring we have shown her in this year except one.  We love her so much, we have chosen to keep her single buck kid as a herd sire.

Design is a very stylish and correct doe with great general appearance.  She doesn't slack at all in the udder department either with very nice attachments, teat size and fore udder.  We can't wait to watch this girl grow.

Design freshened with triplet kids this spring two bucks, and one doe.  We retained the doe kid who went on to win BJDIS at the Utah State fair UDGA show.

Unfortunately Design developed mastitis a month after freshening, and had to be dried off.  She has spent the summer in the pasture.  We are really crossing our fingers that she will freshen without complications and her udder will look good this coming spring.

Design freshened this year with buck/doe twins and thankfully a beautiful udder.  She continues to improve every year.  She showed very well this year, and went either grand or reserve grand in every ring at the Utah State Fair this year.  She even won Best Udder in Show in the State fair open show ring under Scott Byce.  We hope that this finishes her permanent championship, but we are still waiting to hear for sure.

Design kidded with a lovely set of triplets this year with two bucks and one doe.  Of course we retained the doe kid.  We too Design to Nationals this summer, but unfortunately she didn't travel well and didn't make enough milk the day of the show to really compete.  She didn't really get back to normal after getting home either and so has been dried off early to give her some time off.  We now know why she didn't really get back to normal, she had a forbidden love affair in July with Clover, so was bred.  Luckily we did dry her off in September, just in time to give her two months off in order to kid in December.  With a lovely set of triplets.  One doe and two buck.  The doe of course is staying here.

Design is back to her normal self and milking like a champ.  Her first test this year she milked 4.9#.  We are excited to see how she does this year.
SG AGS NC Promisedland MG Beau ++B
SG NC Promisedland Ram-Beau +*B
AGS Caesar's Villa DN Lizzie *M

Dried off due to mastitis 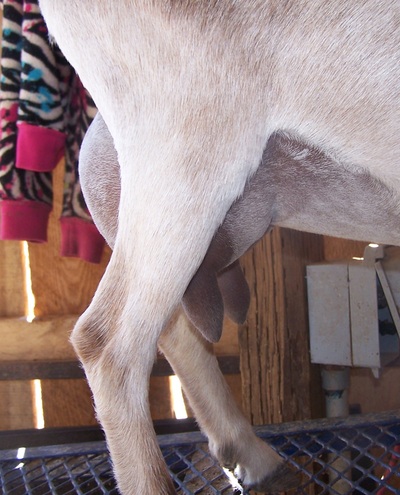 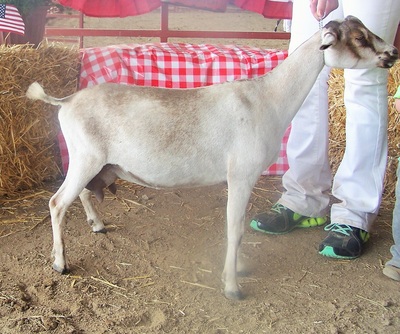 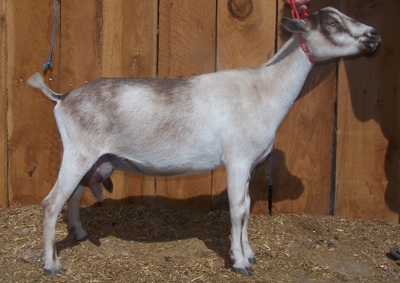 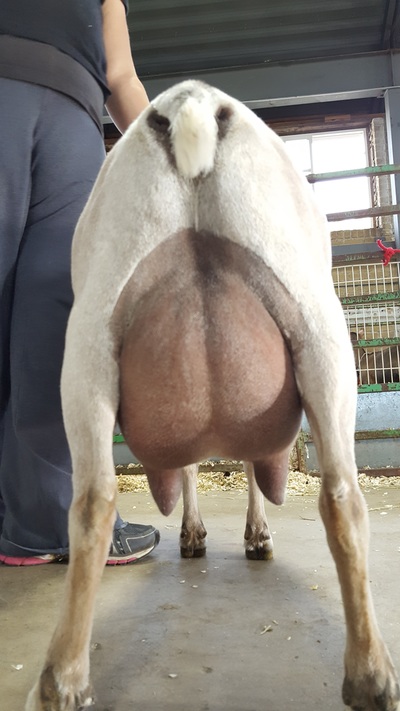 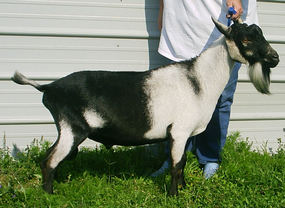