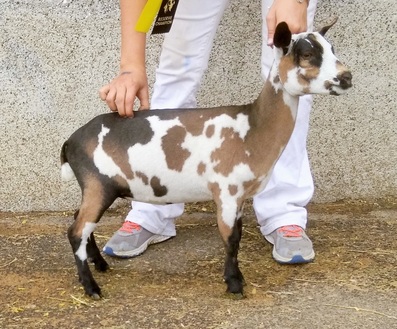 As it sometimes happens, Fancy had an unauthorized visit with Pilot, so she ended up kidding in early August with a set of twin doe kids.  She has a very nice udder that we expect will only improve with more freshenings.  Fancy is a very long and level doe and should mature very well.  We decided to retain one of her doe kids for now as she looks a lot like her dam and is one of Charlies favorites.
Freedom Star Tonka Toy *B
All American Dunnit My Way
Crane View Andromeda 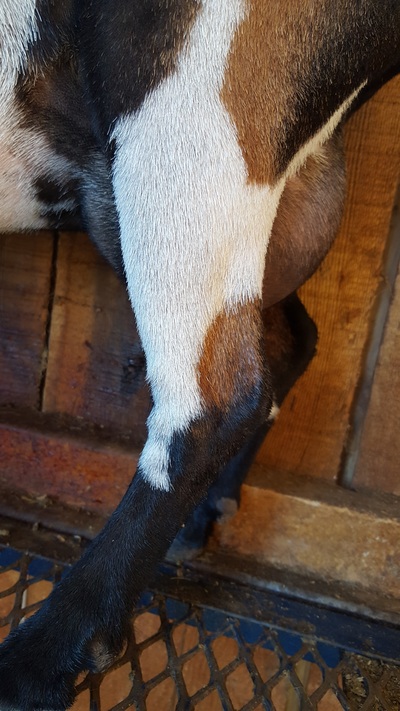 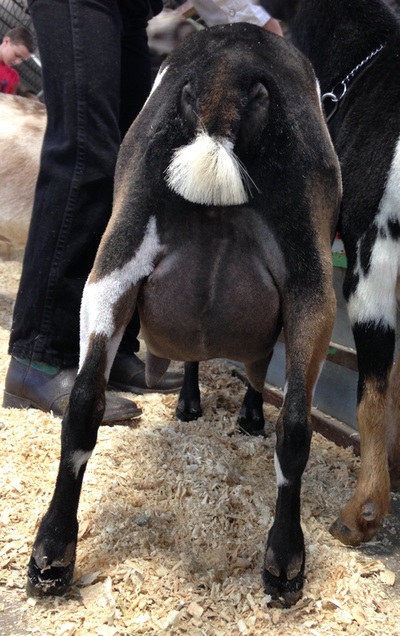