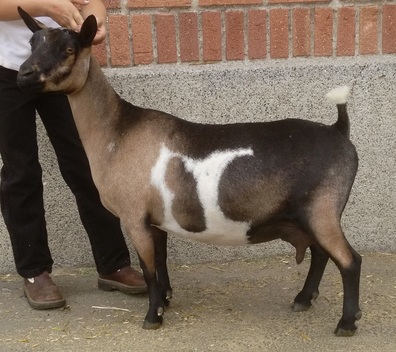 Wish is a very correct doe structurally.  She comes from great genetics.  She has a very nice udder that we hope will gain some capacity as she freshens a few more times.

We are very happy with Wish's first freshening udder, and expect that she will only improve with more freshenings.  Wish did well in the show ring this year as well.

Wish kidded with a set of beautiful doe, doe, buck triplets.  We retained both doe kids and we are so excited to see them freshen in the spring.  Wish did well this summer, and we plan to repeat the breeding for next spring.

Wish kidded with a beautiful set of triplets again this year with two doe kids and one buck kid.  We retained the doe kids again this year as we are so impressed with two from last year.  I could easily have a whole herd of Nigerians just like them.  Premonition freshened with a lovely first freshening udder and good milk production that has continued on well into this fall.

Wish had a very good season in the show ring finishing her permanent championship as well as BOB and BDIS at the Utah State fair youth show and UDGA state fair show.  We are very proud of her and she continues to be a very steady doe in the milk parlor as well.  To get more genetic variety from her, we are planning on breeding her to I-Max this fall.

This fall to prove her ability to produce correct and productive daughters, we decided to breed Wish to IMax, though we really love her daughters from Grand.  We were not disappointed when she kidded with quads.  Three does and one buck.  They are all extremely stylish and correct kids that we are very excited to freshen next spring.  So far all three doe kids remain here, and we are really having a hard time deciding on who to sell.  We may just freshen all three and then make a decision.
Old Mountain Farm Stag *B
Old Mountain Farm Endurance *B
GCH AGS Sugar Creek Nate's Patience 1*M 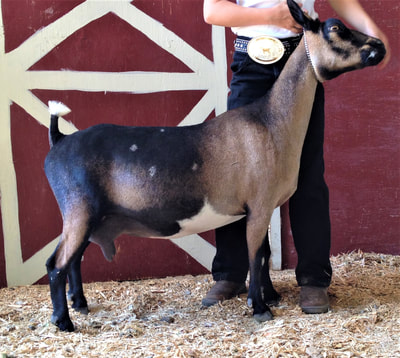 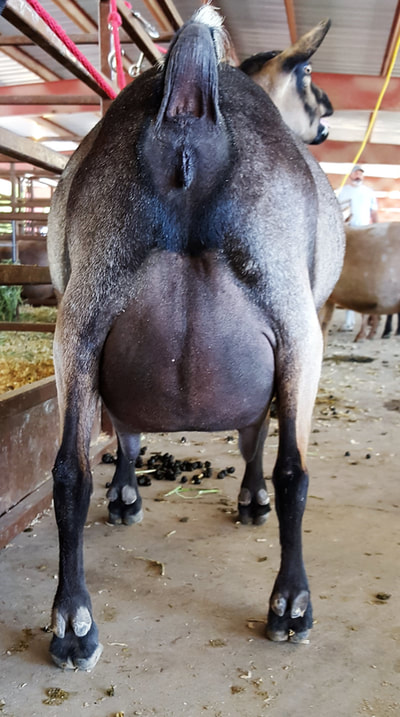 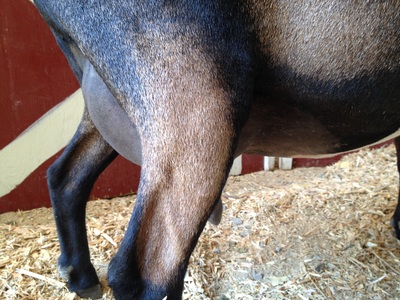 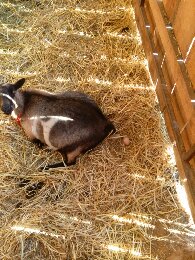 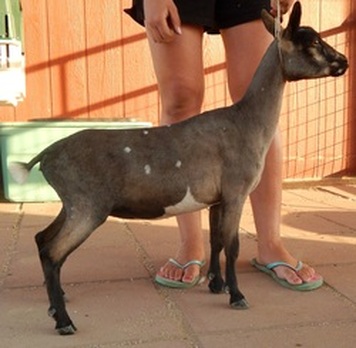 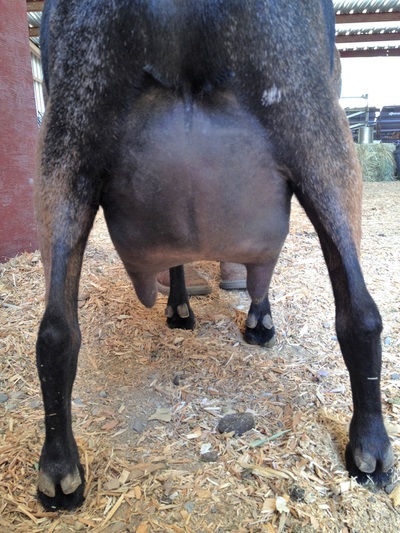 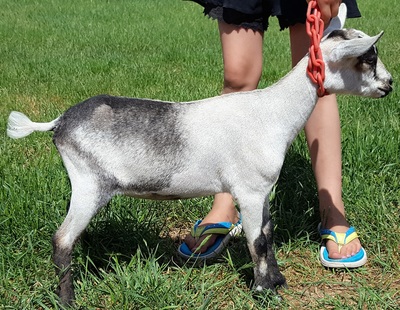 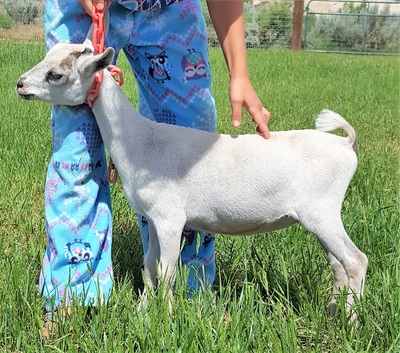 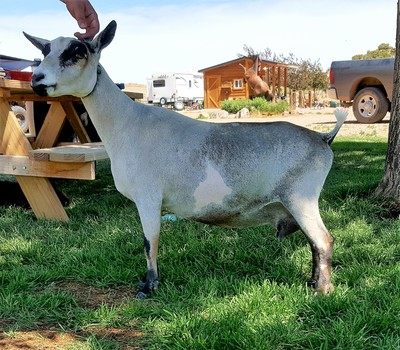 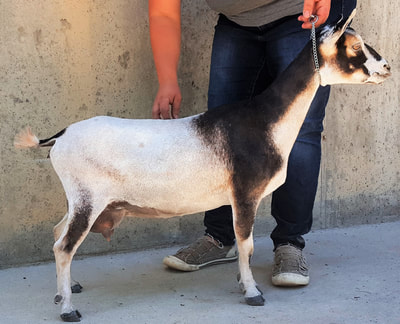 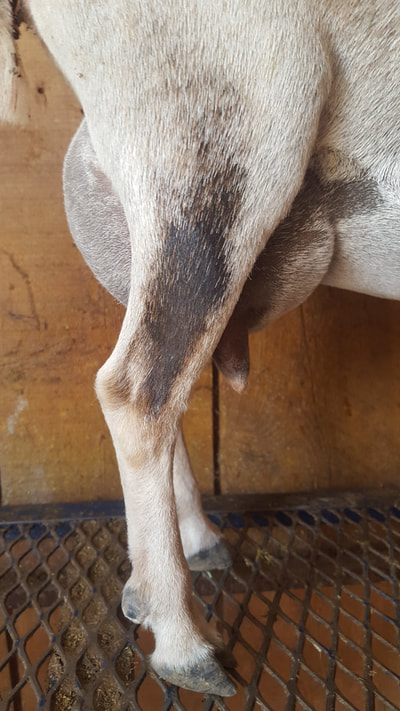 Udder of Yearling FF above at 1 mos fresh