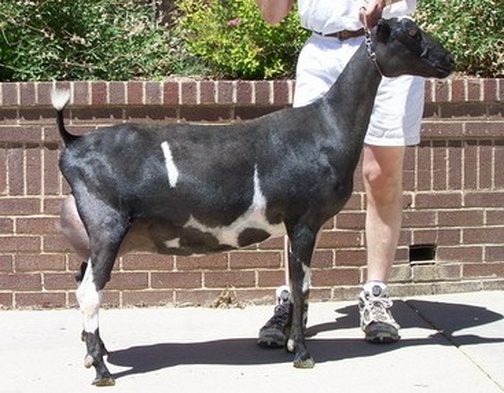 Current DHIR:
6-11 262 2440 109
We were excited to add Confetti and her doe kid from this year to our herd.  They were some of the does we purchased from the McGuires this spring.  Confetti is a very lovely doe and even at the grand old age of 9, she walks with such a lovely uphill gate you would never guess she was nine years old.  She has a very long and level top line and really strong feet and legs.  She is no slouch in the milk pail either.  We are so excited to add her legacy to our herd.
Here are some things that Marilou Webb has to say about Confetti and her accomplishments:  "She finished her championship as a 2 year old, was 13th place Milking Yearling at the 2007 National Show, All American Jr. Kid for 2006 and tied for Reserve All American 2 yr. old for 2008. Confetti is a 7th generation GCH doe!!"

Bred to: Getaway confirmed through Biotracking 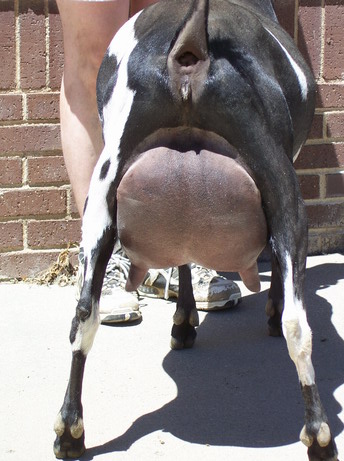