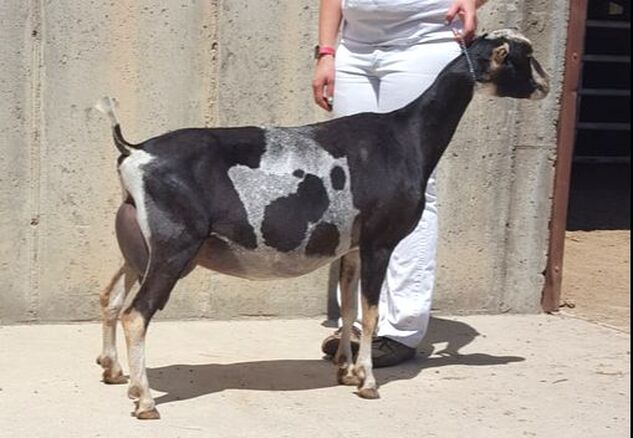 Diana is a very stylish and correct doe that is a steady producer.  She stands on very strong feet and legs with an abundance of style and a beautiful upstanding front end.  She places the top of almost every ring she steps into and placed 17th at the ADGA Nationals in 2017.


Spring 2014 -
Diana kidded on the 21st with beautiful buck/doe twins.  We will be retaining the doe Elizabeth.  Diana is milking 7-8 lbs a day at one month fresh.  ﻿

Diana hasn't disappointed us this summer.  She has continually placed in the top of every yearling milker class she has been in.  Including 1st in three out of four rings at the Utah State Fair, and she was 2nd in the fourth ring under the doe that took Reserve Grand.


She continues to make me proud.  She earned her SG status this fall as a first freshener.  What a girl.

Diana didn't settle in fall of 2014, so we decided to milk her through this year.  She has stayed consistent with her milk production throughout the year this year and has even done well in all the shows she has gone to.  We are excited to freshen her again next year as we would like to see her with a little more capacity.  Diana will be bred to Valor for late March kids.

After a nerve wracking fall, thinking that we wouldn't get her bred again, we got Diana bred to Valor.  She kidded in March with a beautiful buck and doe.  We are keeping her doe kid and hope she will carry some of her dam's traits.

Diana again has done well in the show ring.  She continues to place in the top of every class if not first and is milking very well this year as well.

Diana kidded this spring with a single doe kid.  Boo.... on the single but at least she made it a doe.  We are very excited about this doe kid who is by the buck we retained out of Toi Soldier and Truffles.  We decided to repeat the breeding again for next spring.

Diana did well again in the show ring this year placing 17th at Nationals and earning her first milking leg at the Utah State Fair UDGA show.

Diana kidded this spring with buck and doe twins.  She is milking like a champ and continues to be her consistent self.  Love this doe and how there is just no drama with her.

Diana kidded this spring with a set of doe twins, one of which we have retained.  She showed well again this year and placed in the top if not first in all her classes and earned her second champion leg.  We hope she will finish her championship next year.
Rockin-CB RZA Aces Around
Lucky*Star's RA Cyrus
SG Lucky*Star's Zaray 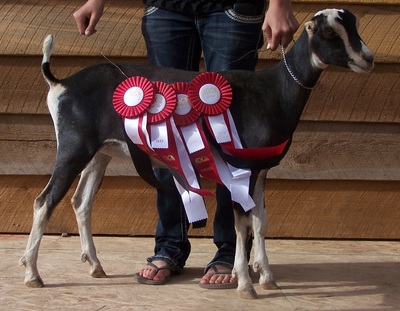 Her four reserve grand ribbons from her first show. 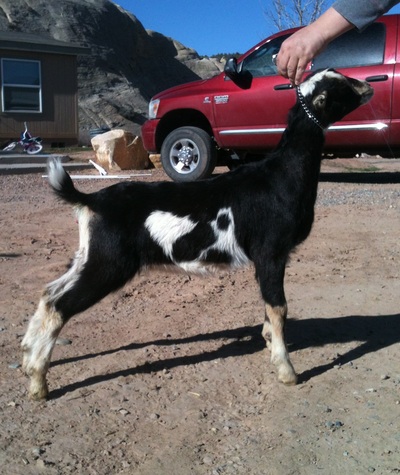 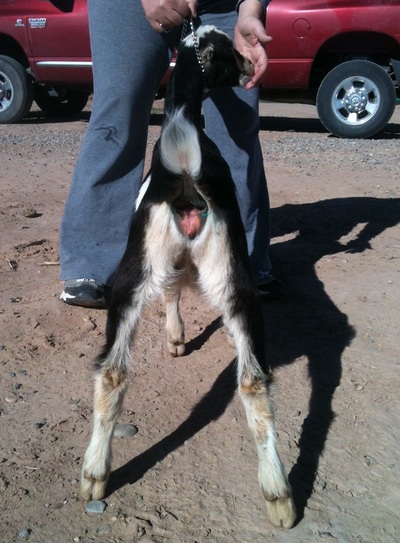 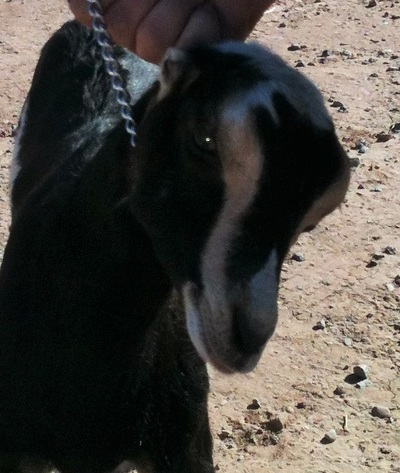 Such a pretty little girl. 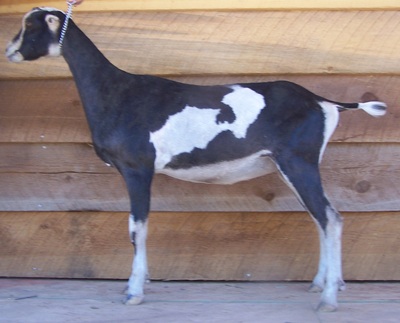 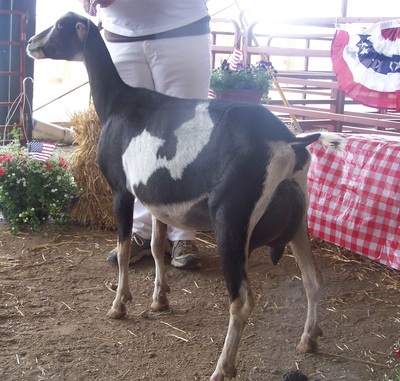 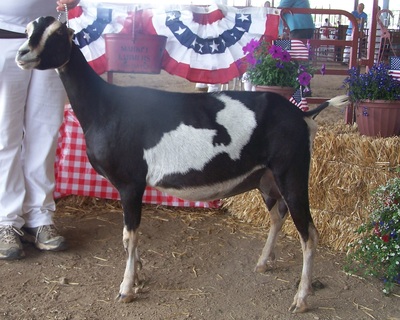 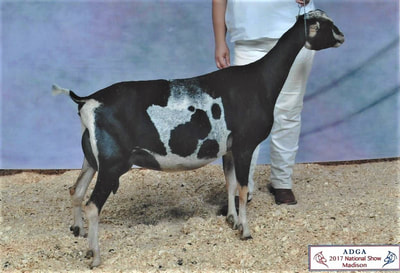 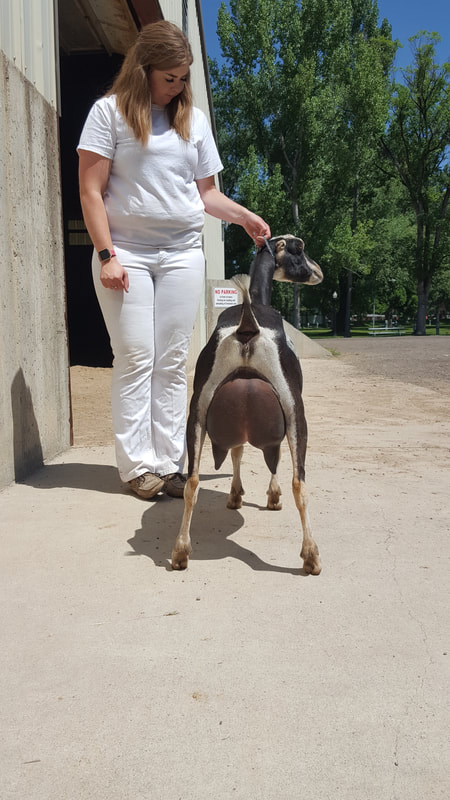