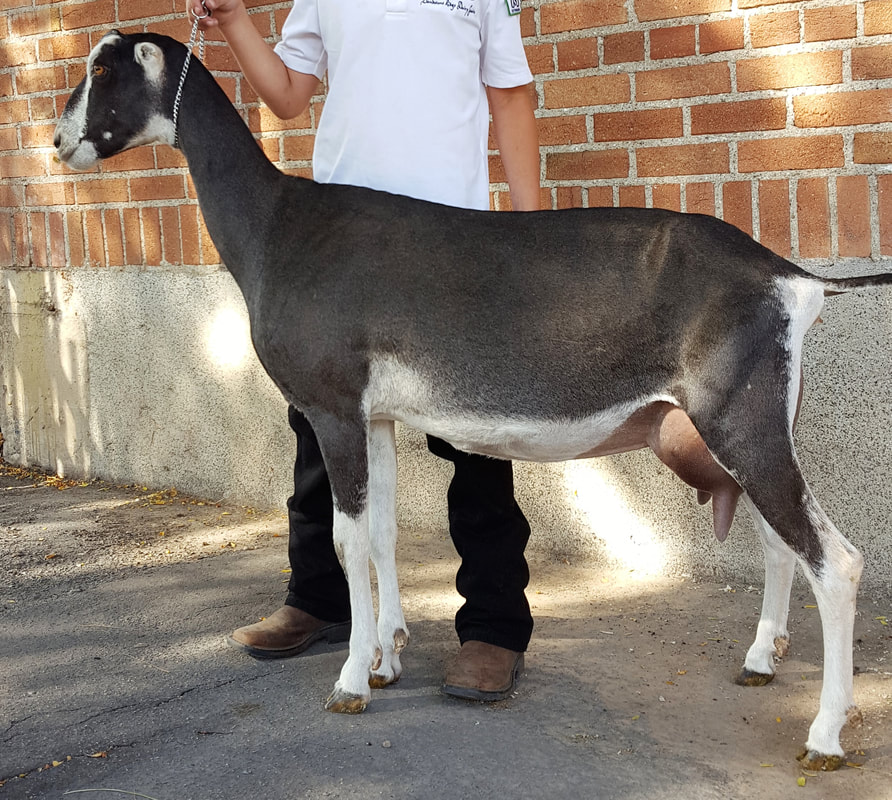 Milano is a very long and stylish doe with strong feet and legs.  She showed very well this summer earning her dry leg under Tessa Maggiulli at the Tri - County show in Longmont, CO.  She then went on to win BJDIS.  That was so exciting for us.

Milano kidded with twin bucks this spring.  She has not disappointed us in the milk pail this year in the least.  She was on the elite doe list as a yearling and is still milking strong late into the fall.

Milano wasn't shown until fall this year, and placed first or second in every ring and was part of our first place dairy herd at the Utah state fair.  We really look forward to watching her mature.

Milano freshened late this spring with triplet does.  All of these doe kids are very nice kids and we have decided at this time to retain at least two of them.  Milano is one of those does who is going to take a few years to grow into herself, but until she does, she is milking very well and providing us with exceptional kids.
GCH Kastdemur's Landslide +*B
Kastdemur's AV Avalanche +*B
SGCH Kastdemur's Avena 3*M 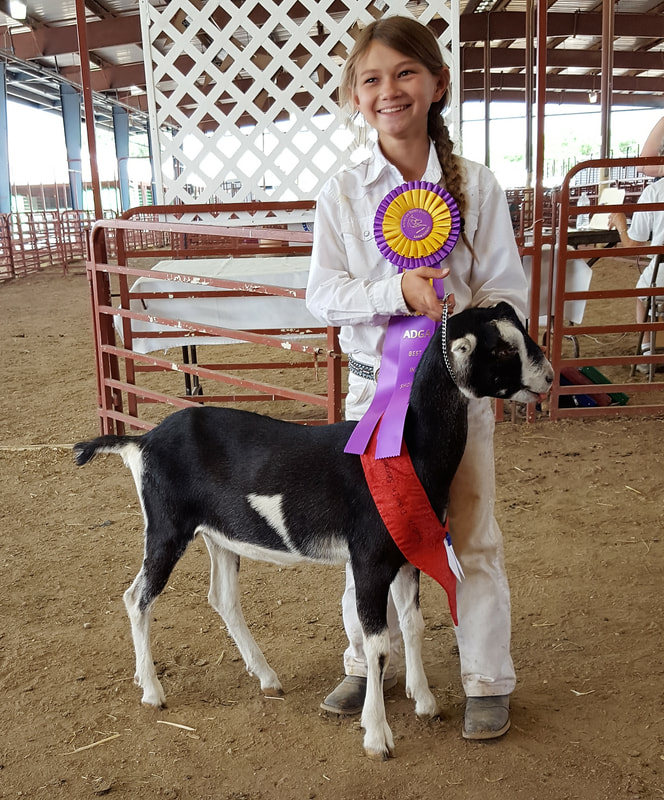 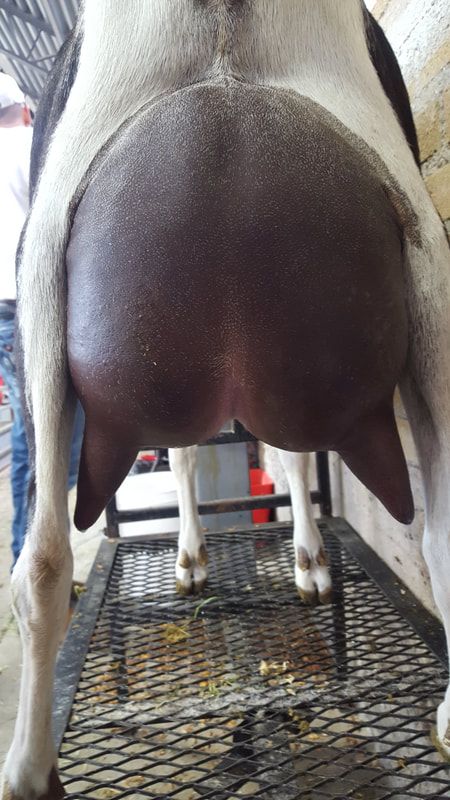 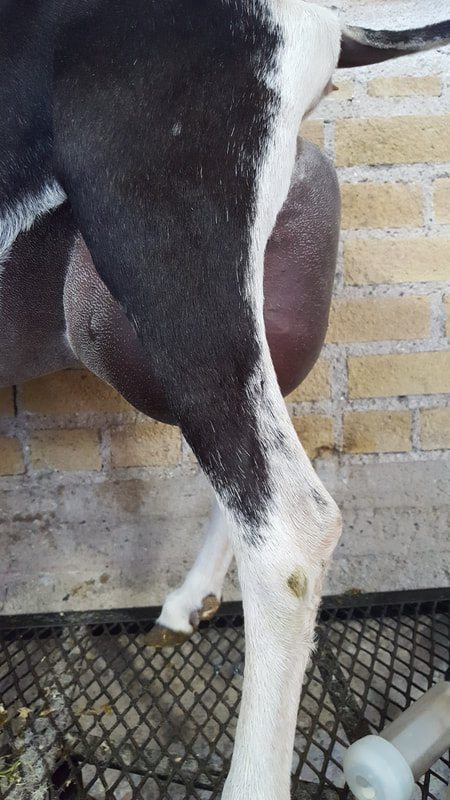 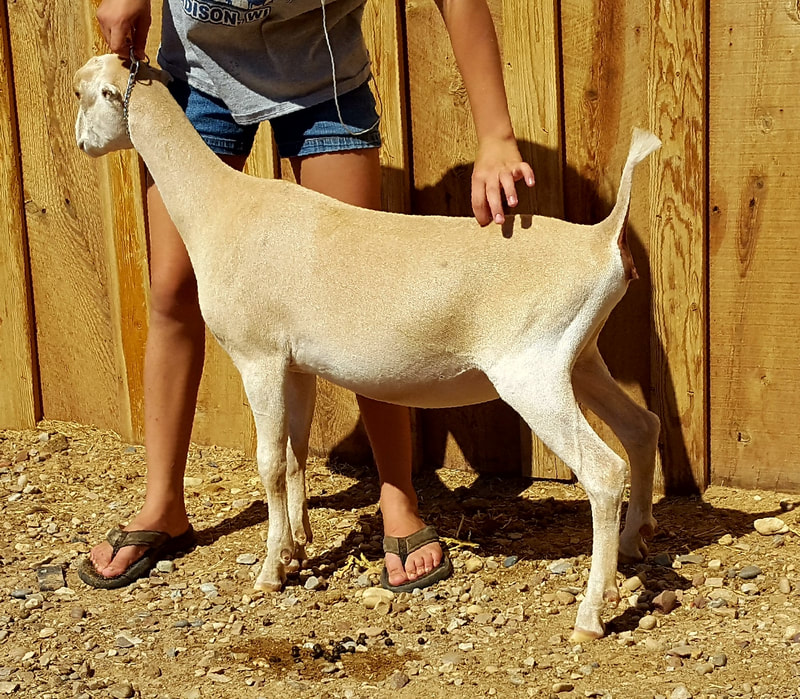